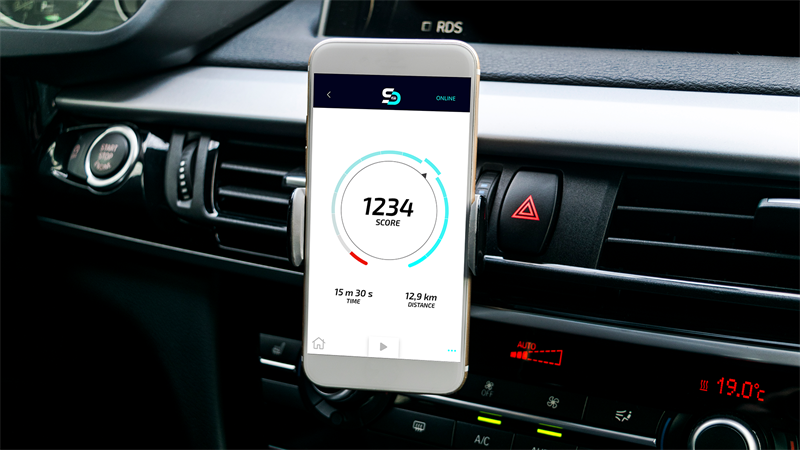 Greater Than are exceedingly proud to announce that Fédération Internationale de l´Automobile has chosen Enerfy as technical platform for a new Championship in smart driving, FIA Smart Driving Challenge. The new championship means a global expansion, strengthening the Greater Than position as a supplier of AI-based insurance solutions.

Sparking a new era in smart driving, FIA – the governing body of motorsport with more than 80 million members in 145 countries and ownership of races such as Formula 1, Rally and Rallycross – launches FIA Smart Driving Challenge, a new championship where drivers from across the world can compete in smart driving through a digital platform.

The goal of the initiative is to create a global space where motorists from all over the world can participate in one joined challenge, implementing safer traffic behavior through their everyday driving. With the distribution power of the motorsport community and professional racing stars, the use of the platform can create a safer traffic environment – an issue that FIA is putting extensive efforts in through the project FIA Action for Road Safety.

Liselott Johansson, CEO at Greater Than, says:
“We’ve been determined to become global leaders within connected car technology, striving to make a true global impact. Knowing that the international motorsport community uses the same technology as our insurance customers is the best validation we can get of our expertise on measuring driving behavior!”

Motorsport for a safer world

Greater Than, whose platform Enerfy makes it possible to measure and evaluate driving in real-time, has been chosen as the FIA SDC partner, providing the technology needed to make motorists from all over the world compete in the same challenge through a smartphone app.

Event Director of the challenge will be Tina Thörner, Swedish Rally-icon with a long and well-renowned history within the motorsport community.

“The challenge will be “the e-sport of automotive”, opening up for all drivers to take part. The fact that all of the most influential parties within the motorsport community are coming together in such a massive initiative for global road safety is huge. It is a big honor to be part of it”, says Tina.

FIA and Greater Than will introduce the technology and offer test driving during Mondial Paris Motor Show, October 4th to 14th 2018. The event area will be located at Place de la Concorde by the FIA headquarters.

About Greater Than
With over 14 years of experience in connected cars, Greaer Than has analyzed billions of kilometers of live driving data and developed services for drivers that contribute to safer, more environmentally friendly driving. Greater Than’s technology, based on machine learning, has raised artificial intelligence to a new level as we continuously train the algorithms based on millions of automated decisions every day. The foundation for the set of algorithms that assesses and prices risk in real-time has created an opportunity for a new business model in car insurance. To read more, visit www.greaterthan.eu

About FIA
The FIA, Fédération Internationale de l’Automobile, was founded in 1904 with an aim to bring coherent governance and safety to motor sport. The organization has over 80 million members spread across 145 countries. As the governing body of motor sport, including global series like Formula 1, Rally and Rally cross, the FIA ensures that fair, capably regulated and safe events are conducted in all corners of the globe. Through the worldwide campaign FIA Action for Road Safety, in support of the UN’s Decade of Action for Road Safety, the FIA aims to reduce fatalities on the roads. To read more, visit www.fia.com

Greater Than (GREAT: ST) the global provider of technology that converts GPS data into powerful insights and driver scores, today […]

Greater Than, a leading global provider of GPS data analysis to identify crash risk and associated cost per individual driver, […]